Olof Palme International Center and SIDA have financed projects for the Freja partnership in Western Balkan since 1997. The first project called Ronja started to support and educate unemployed women in Croatia.

The project included also countries within the European Union and was partly financed by the Leonardo da Vinci programme. Ronja was disseminated to other countries in the Western Balkan.

The project of Freja mentor programme started 2003 – www.frejaprogram.org. During this time a close relationship has developed with organisations in Serbia, Macedonia, Bosnia-Herzegovina and Croatia.

The aim has been to establish strong and long term work for democracy in the region. Since 2005 has the Swedish Union of Tenants region Aros-Gavle have the lead of the network of organisations which are organising the Freja Forum. The vision is to establish frequent forums in the region.

How to build a tenants organisation? 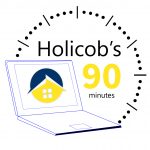